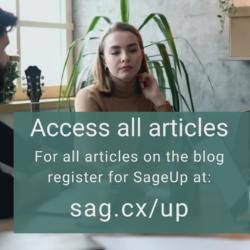 By Sarah Shamouelian Startups are often at the cutting edge of their industry in terms of innovation and new technologies. However, these fresh new companies aren’t usually very well versed in the nuances, value, and social norms of AR. Robin Schaffer, SageCircle’s Qualitative Research Advisor and author of Analysts on Analyst Relations: The SageCircle Guide,[…]

Dave Eckert, who led the SageCircle analyst relations consultancy, is one of the most experienced veterans of the analyst relations community. His work helped SageCircle stand head and shoulders above other firms on issues of sales enablement. Duncan Chapple had the chance to interview him. In the first of three SageTalk posts based on that interview,[…] 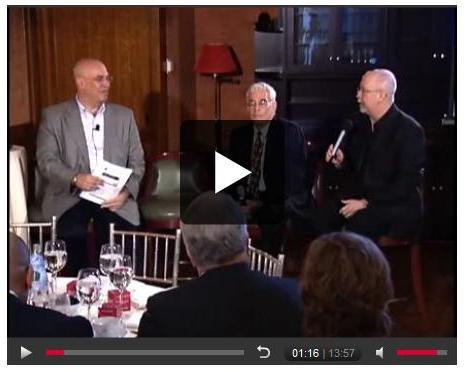 Focusing on the IT analyst business, its beginnings and weaknesses in the original model bringing technology and business together over the course of the last 20 years. Panelists: Jonathan Yarmis with Gideon Gartner and Carter Lusher Click here or on the graphic to play the video SageCircleSince 2000, SageCircle has helped analyst relations teams to[…]

Software vendor ZL Technologies has sued Gartner, Inc. about the impact of the firm’s research on its business (see the court documents on its website). Needless to say, this has gotten the attention of twits and bloggers. Here are two example blog posts

There are legitimate criticisms about any particular firm’s research methodology, whether a standalone piece of research or a recurring research deliverable like IDC’s market share models or Aberdeen Axis. SageCircle, vendors, and others have certainly given Gartner suggestions for improving the Magic Quadrant in private meetings, on blog posts, and in public forums like the Gartner Quarterly AR Call. And to be fair, Gartner has tweaked its methodology a little for the Magic Quadrant over the years, but probably more in response to the Forrester Wave than what they hear from the vendors.

One of the continuing myths in the IT industry is that Gartner demands payment from vendors for placement on its research. This even came up in a comment – anonymously posted of course – on a blog post written by Gartner VP and Distinguished Analyst Tom Bittman (bio, blog, Twitter) called A Rant – My Integrity as an Analyst.

SageCircle knows this is not the case from personal experience, but also because we get collaborating evidence from our clients. Just last week we were on an inquiry with a client, a small software company, who was included on a Magic Quadrant in the Visionary square months before they even considered signing up for a Gartner contract. The reason for the inquiry with SageCircle? In the draft update of the Magic Quadrant their dot had moved to the left. Yikes. However, the reason for the less favorable position had nothing to do with their client status or the size of their contract. Rather it was because they had not noticed that the lead author on the Magic Quadrant had changed. Once we figured this out, they understood that their problem was that they had never briefed the new analyst.

We also know of large vendors who have spent hundreds of thousands of dollars with Gartner year in and year out only never to get onto a Magic Quadrant on which they wanted to be included.

However, in the past it has also been true that some unscrupulous Gartner sales representatives have played the research placement card when they desperately needed to END_OF_DOCUMENT_TOKEN_TO_BE_REPLACED

This post is one in a series of case studies on analyst relations teams have worked with their sales colleagues to grow the company’s top line. Readers that have AR-sales stories they would like to turn into case studies are encouraged to contact SageCircle. We will do the work of creating a case study at no charge.

About the Company: The IT vendor in this case is a multi-billion dollar server and storage hardware company that sells to large enterprises with a direct sales force. The analyst relations (AR) team consists of one director and three AR managers. There is a formal but early stage AR-Sales Partnership program in place.

Situation: This project was kicked off by an email from a sale representative to the analyst relations (AR) lead on the AR-Sales Partnership program requesting assistance. The email read in part:

“…IT shops in large healthcare organizations are very project driven.  They get funding for special projects, approved by the Board of Directors, which are unpredictable at best.  …

Recently, we were approached by <prospect> to provide a hardware quote for about $1.2Million of servers and storage.  They have been tasked to present the platform solution to the <prospect> Board of Directors and one of the issues they need to address is server and storage life cycle.  In support of their ROI analysis they needed an unbiased 3rd party statement on server refresh.  That is where this request is coming from. …”

Action:  The AR manager worked with the sales representative to arrange an inquiry with an advisory analyst to discuss server refresh decision methodology and how to create a business case to present to the Board of Directors. The steps that AR took were: END_OF_DOCUMENT_TOKEN_TO_BE_REPLACED

This analysis does not look at areas of interest to investors, but seeks to pull out insights that are relevant to clients and prospects of Forrester Research, the number two advisory analyst firm, as well as communications and IT vendor analyst relations (AR) teams.

Forrester Research (NASDAQ: FORR) Chairman & CEO George Colony (Twitter, blog) and CFO Michael Doyle presented (replay available for approximately 90 days) at the William Blair & Co. Emerging Growth Stock Conference on Tuesday, October 6, 2009. Because the presentation was oriented toward investors that might not know much about Forrester, instead of the usual Wall Street analysts on quarterly earnings calls, there were some tid-bits of intelligence useful for clients and AR.

A large number of diverse data points but spread thin: One of the advantages that a large analyst firm has is that its analysts can – not always – have access to a large number of formal and informal data points to include in research and use with end user clients during inquiries. Forrester revealed that its analysts conduct 3,500 vendor briefings, 16,800 inquiries, 250,000 consumer survey responses, and 10,000 large company survey responses.

Sounds like huge numbers, right? Actually these numbers might not seem so impressive when the average per analyst is calculated. Forrester currently lists 193 analysts, not including research associates and researchers. That means that the average number of inquiries per analyst is only 87 per year or seven (7) per month. Of course that is the average, which means that some analysts will be doing much less than the average, maybe as little as three (3) per month or less than one a week.

Calculating the number of briefings per analyst is a little trickier because a single briefing can have multiple analysts in attendance. For this discussion let’s say three analysts per briefing, which then calculates to each analyst getting about six (6) briefings per month. Again, this is not an impressive number when taking into consideration how important vendor information is for advisory analysts.

Of course, inquiry and vendor briefings are not the only sources END_OF_DOCUMENT_TOKEN_TO_BE_REPLACED

Too many analyst relations (AR) professionals spend too much of their time seemingly playing Whac-A-Mole. They rush from one emergency to another, respond to one request after another (from colleagues and analysts), and always seem to be in catch-up mode. The problem with this state is that AR gets in the rut of being tactical and does not have time to be strategic. Thus, the image of AR merely being meeting schedulers gets ingrained in the company.

To get out of the firefighting/reactive rut, AR should focus on becoming proactive and eventually preemptive. Firefighting-Reactive-Proactive-Preemptive are what SageCircle calls styles of AR. A quick set of definitions are:

Reactive: The reactive style of AR is one where a vendor answers questions initiated by the IT analysts, but does not actively reach out to IT analysts. Because the IT analysts do not necessarily contact every vendor for every piece of research they publish, vendors are constantly fighting ratings and recommendations based on old information. In addition, AR is reacting to END_OF_DOCUMENT_TOKEN_TO_BE_REPLACED

We use cookies on our website to give you the most relevant experience by remembering your preferences and repeat visits. By clicking “Accept”, you consent to the use of ALL the cookies.
Cookie settingsACCEPT
Manage consent

This website uses cookies to improve your experience while you navigate through the website. Out of these, the cookies that are categorized as necessary are stored on your browser as they are essential for the working of basic functionalities of the website. We also use third-party cookies that help us analyze and understand how you use this website. These cookies will be stored in your browser only with your consent. You also have the option to opt-out of these cookies. But opting out of some of these cookies may affect your browsing experience.
Necessary Always Enabled

Any cookies that may not be particularly necessary for the website to function and is used specifically to collect user personal data via analytics, ads, other embedded contents are termed as non-necessary cookies. It is mandatory to procure user consent prior to running these cookies on your website.